Frank Miller graphic novel comes to your screen too 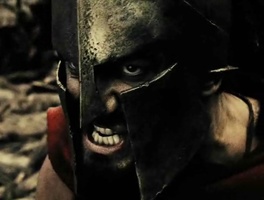 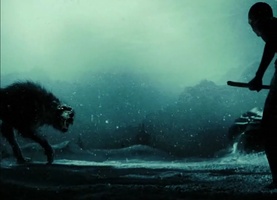 Advertisement
300, the graphic novel of Frank Miller is now brought to life by combining live action with legendary virtual backgrounds.

The movie is based on the epic graphic novel by Frank Miller, which retells the ancient battle of Thermopylae in which King Leonidas ad 300 Spartans fought to death against Xerxes and his Persian Army.

After having watched Sin City in theaters, 300 is expected to be another great film, full of action and battles which will not dissapoint anybody.

Now you can show fantastic frames from the movie when you are away thanks to this really good screensaver based on it.
By Álvaro Toledo
Advertisement

There are opinions about 300 The Movie yet. Be the first! Comment

Similar to 300 The Movie

Call Of Duty Special Edition Screensaver
The most impressive shooter game of all time for your desktop
Watery Desktop 3D
Add water effects to your desktop
Superman Returns
Superman returns... to protect your screen
Super Mario Bros Level 1-1
Let Mario appear if you are away
SETI home
Search for extraterrestrial intelligence from home!
Animated Screensaver Maker
Create a screensaver using a photo and adding water reflections
Be My Valentine Screensaver
Give your desktop a romantic touch
3D Marine Aquarium Screensaver
The ocean floor in all its splendor, right on your desktop
Advertisement